2015
Praveen is the kind of person who is literally obsessed with technology. Deep tech expertise in software, electronics and even sensors! A real builder/creator. That is why he has 20 patents and counting.
He actually built the software for the first ever Smart TV for Samsung. And after leaving Samsung in 2015, he just wanted to be an entrepreneur. Since he was really into fitness as well, he started to build a fitness tech solution, called Smart Weights.
In those days, he met Mike Alpert. Mike was CEO and President at The CLaremont CLub, (TCC) the largest single location club in California. (Today he is on our team, but we will get to that later:) 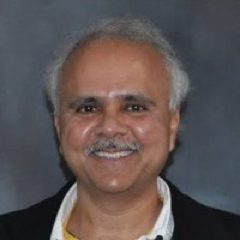 2018
Mike talked often about how Members at Health Clubs were forced to use many Apps: One for calendar, one for video, one for booking, etc. Obviously Mike was frustrated at not being able to offer his members an excellent digital experience.
Praveen saw an opportunity here. And he pivoted to the software solution we have today: An All-In-One Digital Platform for health clubs.
He built a robust App with a rich calendar. Custom branding. Fitness and Nutrition planning. The works. Tested it at all the TCC and signed up VIDA Fitness and Hockessin Athletic Clubs. Mike continued to be the friend, philosopher and guide he still is.
2020
Next on agenda was building the best onboarding and support experience the industry had ever seen.
Praveen brought Ruchika Kashyap onboard to lead Customer Success. (For those wondering – Are they related? The answer is Yes:)
There is nothing that Ruchika loves more than scaling a good solution, when she is not just chilling with her cute pet, Leo and baking tea cakes.
Building processes and teams are second nature to her having done that at IBM and every place she worked. So she did just that and set up the team in Bangalore, India. 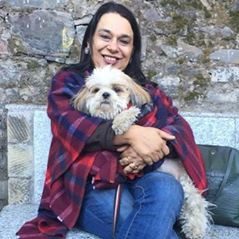 2020
Everything was going beautifully. Till Covid struck.
Clubs shut down. Trainers were on furlough. Members were confused and stuck at home. We know – we all went through the same.
But there was an opportunity here. Praveen and his Engineering team added features at a future pace to help Clubs face Covid:
– Booking and Capacity Management Capability
– Video On Demand and Live Streaming
– E-commerce and a lot more
2020
Mike joined SHC formally in Sept 2020. He is one of those rare people who have a vision to change the world. He firmly believes Exercise is Medicine. In his tenure at The Claremont Club, he lead many programs based on this premise and has experienced many successes. Read his blog.
When Mike is not working he enjoys working out; a good book; great wine and listening to Jazz. He and his wife Annie are thrilled to be planning their daughter Justene’s wedding next April. Family time is a must and something he treasures.
Mike has big dreams. He sees a world where fitness and wellness industries work together. Where every citizen has access to superior fitness and nutrition guidance. He actually dreams of a world without medicine.
And we are working towards that… 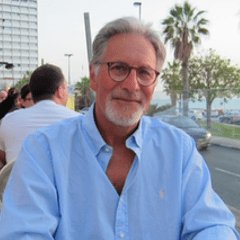 Just leave your details here and we’ll set up a personalized demo to take you through the solution and answer your questions.

Average bookings per day per club

App launches, per club, every day

Rating on Apple and Google

We use cookies on our website to give you the most relevant experience by remembering your preferences and repeat visits. By clicking “Accept All”, you consent to the use of ALL the cookies. However, you may visit "Cookie Settings" to provide a controlled consent.
Cookie SettingsAccept All
Manage consent

This website uses cookies to improve your experience while you navigate through the website. Out of these, the cookies that are categorized as necessary are stored on your browser as they are essential for the working of basic functionalities of the website. We also use third-party cookies that help us analyze and understand how you use this website. These cookies will be stored in your browser only with your consent. You also have the option to opt-out of these cookies. But opting out of some of these cookies may affect your browsing experience.
Necessary Always Enabled
Necessary cookies are absolutely essential for the website to function properly. These cookies ensure basic functionalities and security features of the website, anonymously.
Functional
Functional cookies help to perform certain functionalities like sharing the content of the website on social media platforms, collect feedbacks, and other third-party features.
Performance
Performance cookies are used to understand and analyze the key performance indexes of the website which helps in delivering a better user experience for the visitors.
Analytics
Analytical cookies are used to understand how visitors interact with the website. These cookies help provide information on metrics the number of visitors, bounce rate, traffic source, etc.
Advertisement
Advertisement cookies are used to provide visitors with relevant ads and marketing campaigns. These cookies track visitors across websites and collect information to provide customized ads.
Others
Other uncategorized cookies are those that are being analyzed and have not been classified into a category as yet.
SAVE & ACCEPT